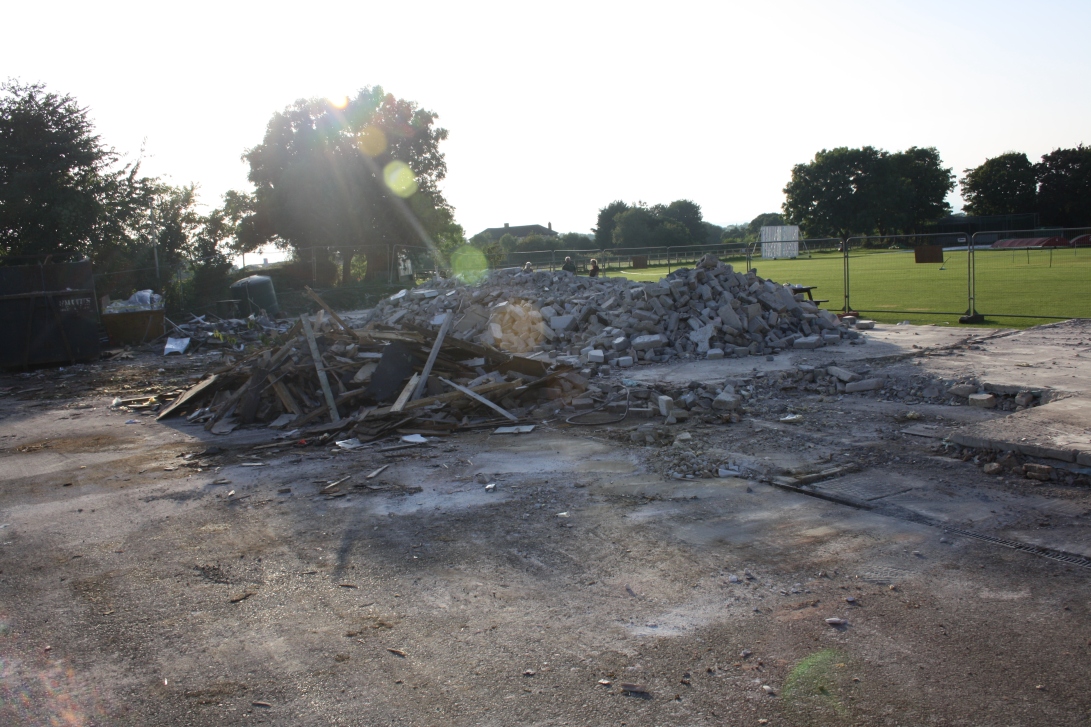 Well the party is over for the old ‘Shack’ so let’s raise a glass to the future ‘Son of Shack’ who will make an appearance soon.  It must be noted that after the guys left yesterday they left the place in a far tidier condition than those party goers did at the weekend.

The final wall came crashing down at approximately 1.45pm in a cloud of dust. I can’t find anything amusing to say about yesterday, we didn’t even find Whif. A day tinged with sadness yet one when the sun shone on a new beginning.

I am sure tomorrow will see the rubble and wood taken away leaving a gaping hole where once stood a place of dreams and memories. Not to mention an awful lot of cobwebs!

The Shack is dead, long live the Shack.

Remember there are loads more pictures to be found on the website.

One thought on “That was one hell of a party!”