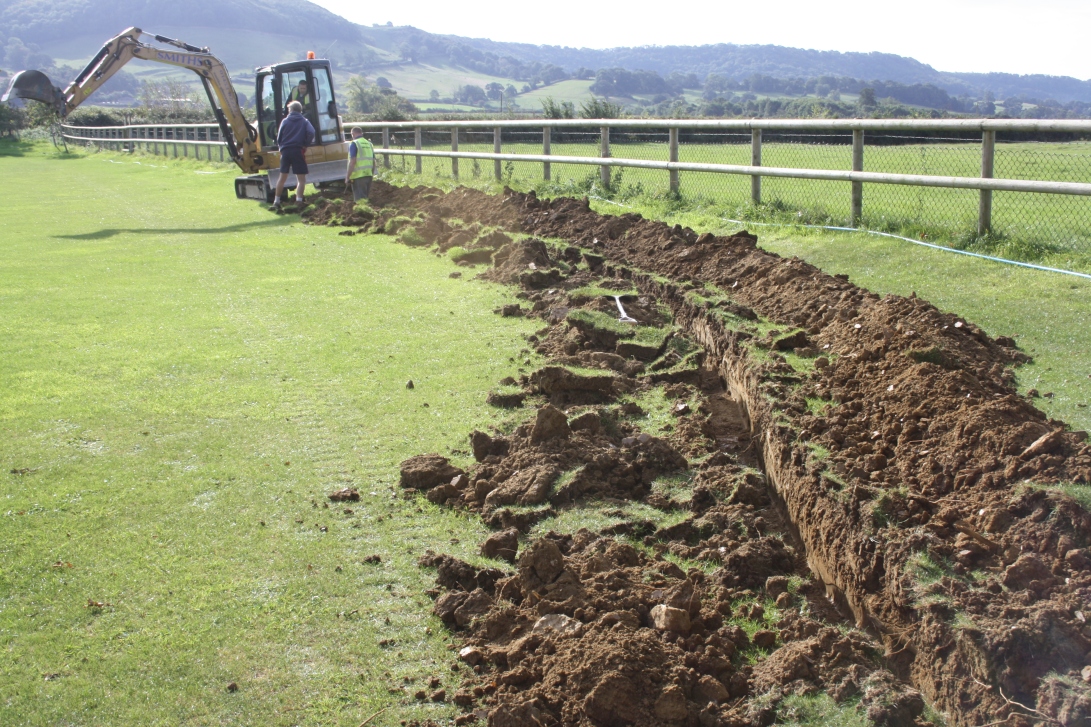 Well it’s been 10 days since the last blog update and as you would expect a lot of preparation work as been completed, mainly due to the fantastic weather we enjoyed throughout September. You will note a trench has been dug from the garage up to the pavilion. Some pipes and cables have been laid and the trench has been filled back in. Sadly this is not to be able to pump beer down to the bottom end of the ground, although that would have been nice. In fact it is for water and electrics to be available in the garage. 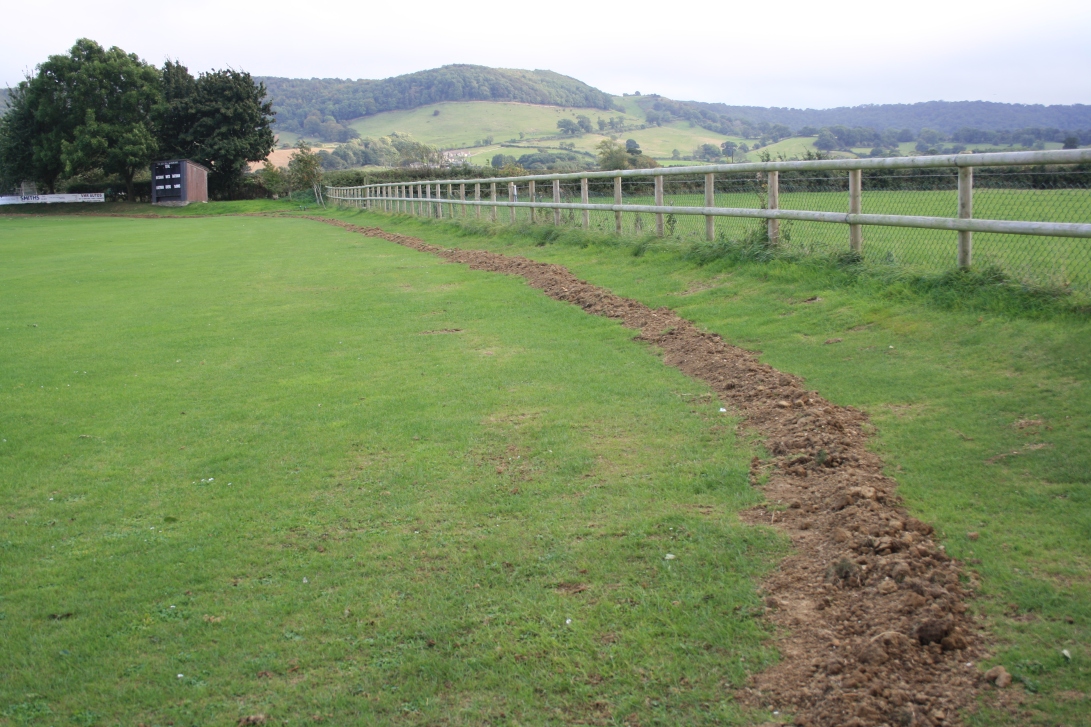 There is no truth in the rumour that pecker has been seen moving a bed, furniture and other homely items into there I must point out. Whif has already beat him to it. On the subject of Whif just briefly if I may, he can be found regularly propping up the bar at the George following his exile from the Fox at Coaley. As mentioned in an earlier post. I did manage to get a word in edgeways to speak to him. There were some ramblings about sleeping in the score box with the adders and falling in the ditch on the long walk back home. In fact he didn’t stop talking for ages so rest assured good people he is alive and well. I feel I should draw a line under the whole saga about him being a missing person.

Back up to the pavilion and the blocking is completed it believe waiting for the sanitation elements to be finished before the concrete floor appears. There seems to be pipes sticking out everywhere. 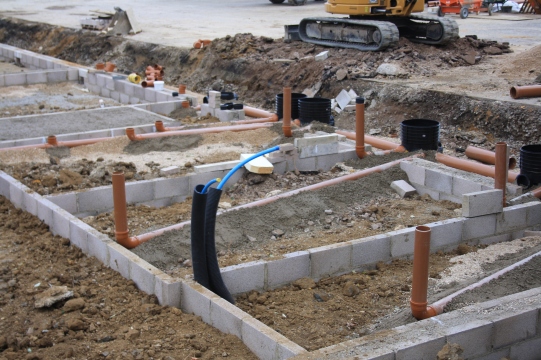 A nice large hole has appeared by the main entrance, which will be home to the big blue water tanks. These will feed water to the edge of the square once a pipe has been connected and laid across the outfield.

Yet another trench has been dug and filled in, this one is to take away the unmentionables to the septic tank. 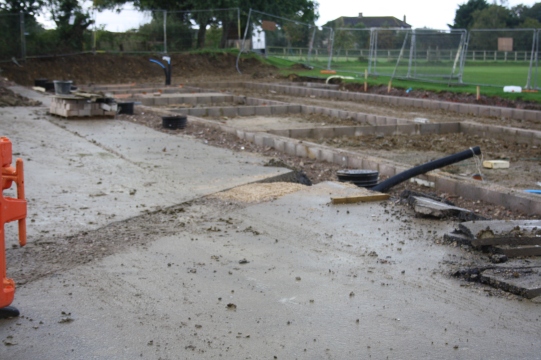 Well apologies for such a long post but an awful lot has happened in the last 10 days. I know a lot of our exiled friends are reading these blogs with interest keeping up to date with proceedings. I will make them weekly from now on as time permits, unless of course something dramatic occurs. Like finding Keith’s glasses.

The initial excitement has since passed and we are at the non sexy bit of construction but nonetheless some of the most important. As time moves on we should start to see the Phoenix rising from the ashes so keep watching for the updates.