The day of the cat has arrived and we all set off on two buses to take the party to the harbour. Upon arrival we embarked the vessel, ready to weigh anchor. Did you see what I did there by using nautical terminology; all those years on the old boating pond were not wasted.

Anyway we all found our positions on the cat, some in the shade ‘below deck’ and some above. Drink in hand we left the harbour after a small delay as one of guests was a little late.

Our first stop allowed folks to don snorkels and a mask to swim to the nearby turtles. A short while later they returned and we set sail to another point a little along the West coast to some areas of coral, home to many species of colourful fish. Again many returned with snorkels and mask to view the spectacle. A buffet lunch was served on board and it was a time for relaxing in the blazing sun.

We made one further stop, a little closer to the shore for a gentle swim, acrobatics off the side of the cat or just to continue lazing with a drink in hand. This stop was close to No 1, Sandy Lane, the house owned by Bajan singer Rhihana. We were not invited in, I shall have to have words! 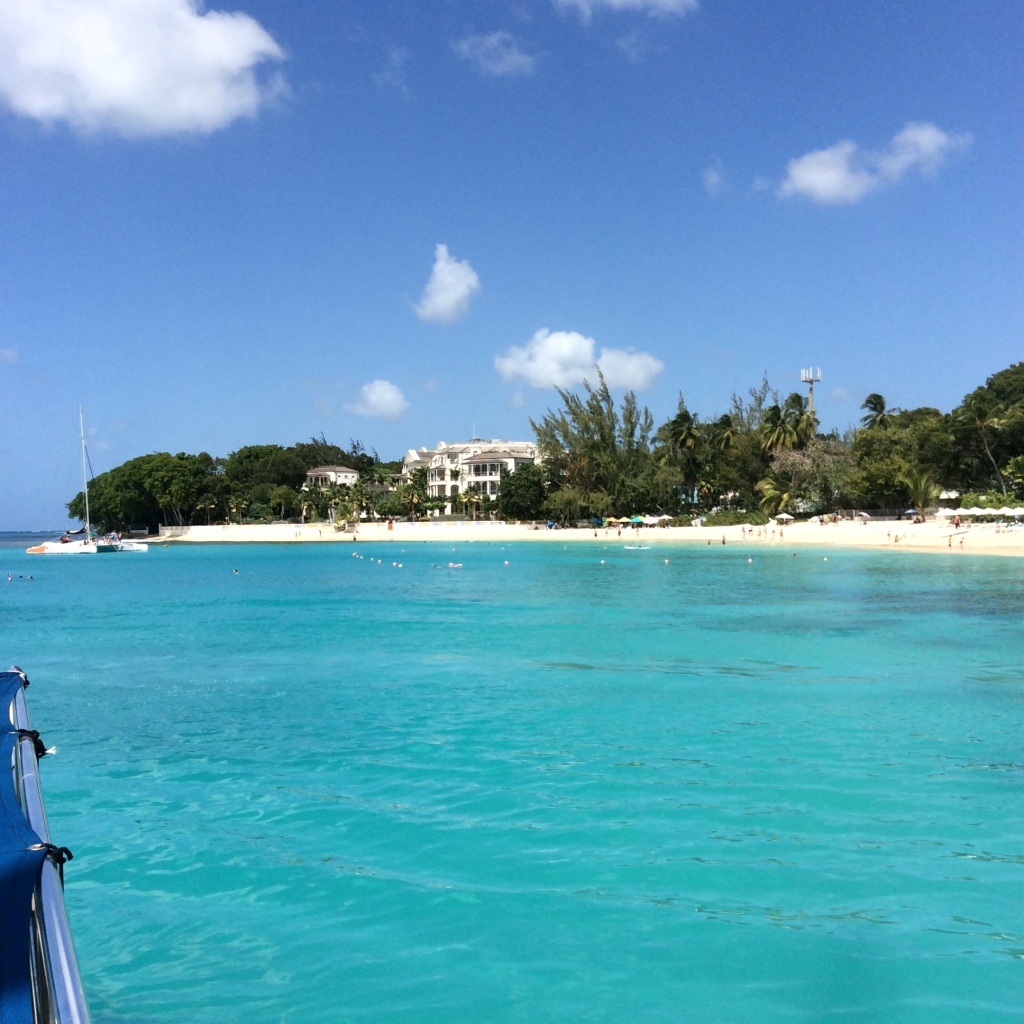 The bus journey back was an interesting trip as a little cross dressing ensued much to the amusement of the hotel guests as one certain individual made an entrance any famous model or film star would be proud of.

The evening was completed with dinner and a steel band as entertainment. A whole day of rest tomorrow following two action packed fun filled days. Although this evening is the Friday Oistins fish fry, which many will enjoy I am guessing.